“Gail’s Moose Box” was commissioned with many specifics that showcased our versatility and innovativeness. Our biggest challenge was to create a box that was influenced by Gail’s love for knitting and Moose while her husband Steve only noted that the box needed to be one of a kind; just like Gail. With this, I discovered an elliptical form from the Moose’s crown. I implemented this shape to evoke the look of antlers grasping the sides of the box and converging into a handle. The negative space gives this piece a sense of motion and life. Within the lid, I engineered a series of laminations of which I adhered canvas on a curved panel for Grant Hacking to paint a Moose lounging in the meadow. The Patron presented this piece to his wife for their anniversary. 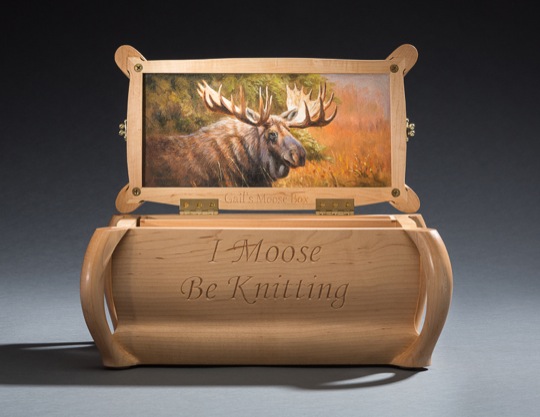 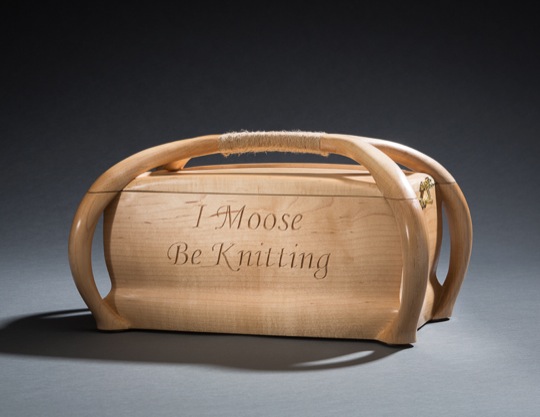 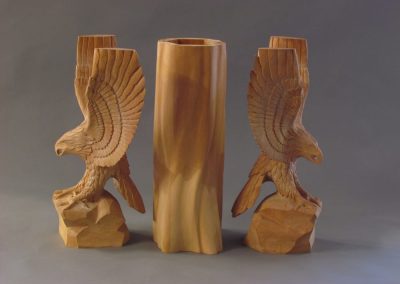 Set of Eagles and Tree Trunk 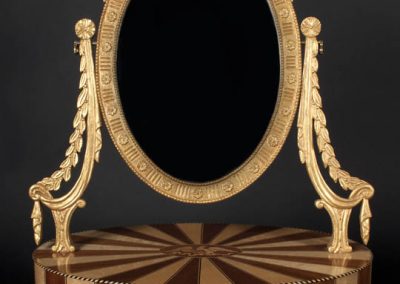 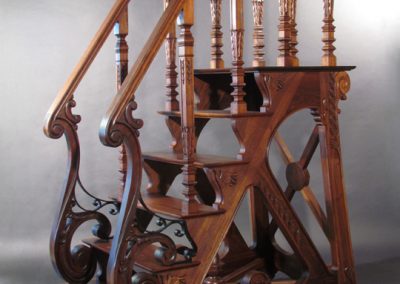 Back to Portfolio
Manage Cookie Consent
To provide the best experiences, we use technologies like cookies to store and/or access device information. Consenting to these technologies will allow us to process data such as browsing behavior or unique IDs on this site. Not consenting or withdrawing consent, may adversely affect certain features and functions.
Manage options Manage services Manage vendors Read more about these purposes
View preferences
{title} {title} {title}